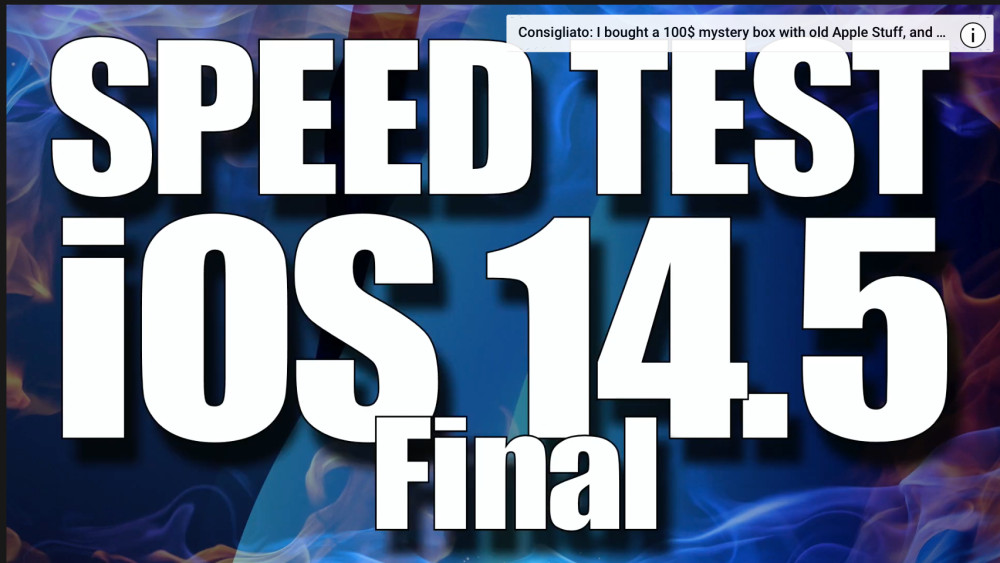 This week Apple released iOS 14.5 to the public after nearly three months of beta testing.

iOS 14.5 introduces Apple’s App Tracking Transparency settings and includes a new “Items” tab in the Find My app for tracking AirTags and other third-party accessories, new features such as AirPlay 2 support for Apple Fitness+, 5G Dual-SIM support, the possibility to unlock iPhone with Apple Watch, support for wireless gaming controllers, better FaceID authentication while we have our mask on, access to over 200 new emoji and new and improved Siri voices...

The easiest way to download iOS 14.5 is over-the-air. Ensure your device is connected to a power source and make sure you have a recent iCloud backup. Launch Settings from your Home screen, tap on General > Software Update > Download and Install.

Does iOS 14.5 perform better than iOS 14.4.2 on iPhones? A speed test comparison has been conducted by YouTube channel iAppleBytes.

Looks like there are no major speed improvements in the new iOS 14.5 final over iOS 14.4.2. Have you noticed any issues with the performance of your iPhone after updating it to iOS 14.5?

Quest'App trasforma i pannolini in regali!

3. Quest'App trasforma i pannolini in regali!